Madalynn had a sweet dream

Madalynn’s boss has her waiting for him in his hotel suite. As she sits at his desk, she gets a little bored. So she goes on to his computer. A video is the first thing appears and it has Madalynn a little surprised. It is of a woman getting bound and gagged by a man. But then Madalynn notices the man is her boss. “Oh my Gosh! What kind of kinky is her into!” Madalynn asks. But Madalynn has a naughty secret. She has always fantasized that some man would tie her up, gag her and use her as he wishes. The more she watches this video, the more excited Madalynn gets. After a short while, Madlaynn gets a little tired. She lays her head down and dozes off. Sometime later, she wakes up and finds herself tied up with rope by her boss. He tells her that this is a punishment for snooping on his computer.

When Madalynn starts to protest, he stuffs and tapes a gag in her mouth. She is then left to struggle bound and gagged at the desk. Madalynn struggles to get loose. She tries to cry out through the gag for help. When none of this works, she works her way over to the door and tries to open it. This also does not work, so she tries to call for help on her cell phone. Maybe the fact that the person answering on the other end was TV Cartoon show character should have let her know this was only a dream. Later she is now on the floor still struggling to get free. Her skirt has risen all the way up he hips to show she is wearing a panty girdle. 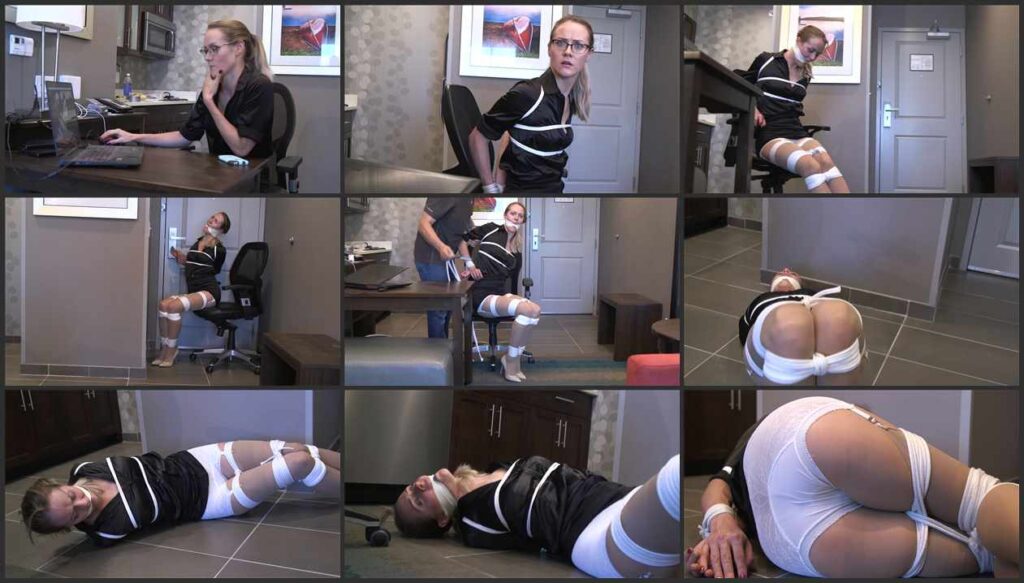 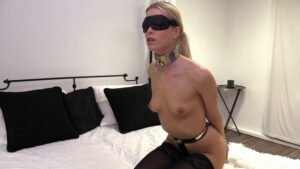 Neck Play and Hair Pulling with Handcuffed and Blindfold 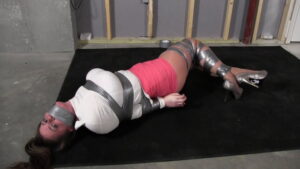 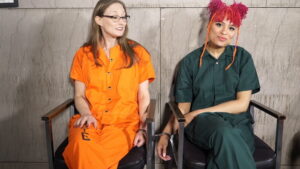 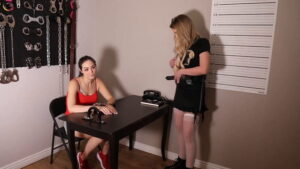 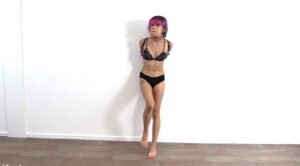 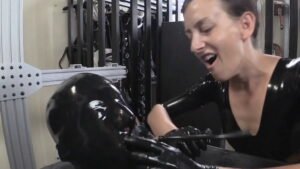