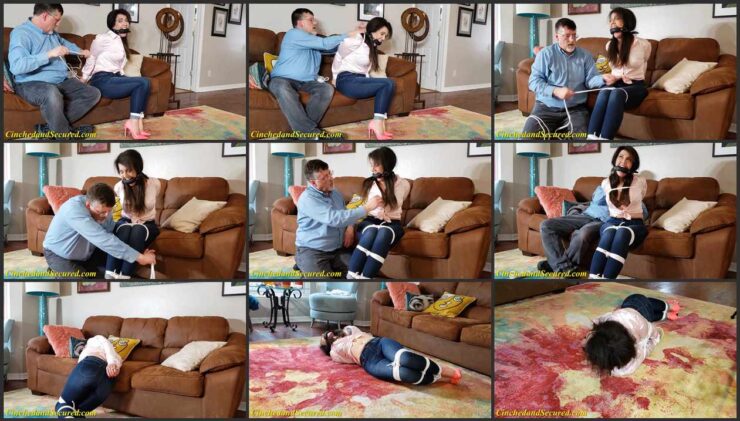 When she heard the news about the burglaries haunting the neighborhood, Gigi scoffed. More fake news. How serious could the problem really be? There were hundreds of homes he could pick, and even if he did pick hers, the worst thing that could happen was that she’d be out a few possessions. So what? She was insured, right? Turns out that sometimes, things are even worse than they are made out to be!

The news reports didn’t mention how VERY tightly the burglar bound each of his victims, or how VERY large the padded bit gag was that he shoved between their teeth! Nor did it mention how utterly excruciating is felt to try and sit up after having been bound so tightly that all of your limbs felt as though they were on fire! Gigi learned all this and more the hard way, rolling in agony, utterly helpless to do anything, all her thoughts laser-focused on the pain coursing through her arms and legs as she writhed in misery, unable to even right herself after having slipped to the floor!