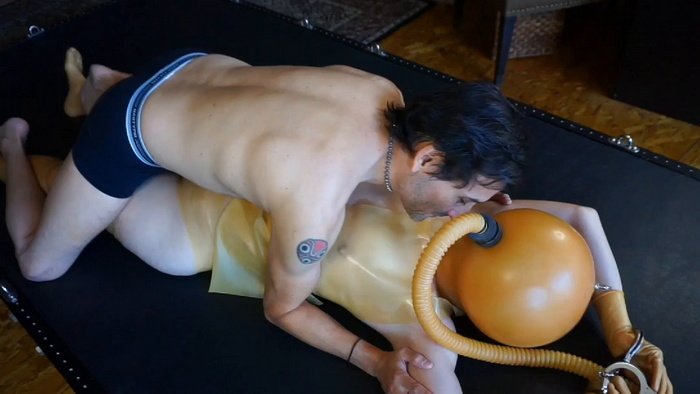 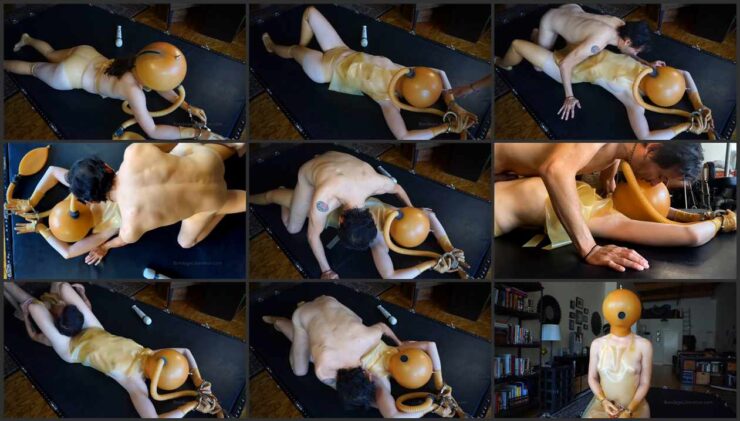 After getting in some Transparent Rubber Stress Relief (part one of this video), Elise handcuffs her wrists overhead to her bed, beginning the waiting game. Her friend Kino is set to come check up on her at a certain time, but the concept of time tends to become meaningless when your head is in an inflatable rubber hood. Thus, when Kino comes over to check on Elise, she is anxiously waiting release, although it has only been a couple hours, it has felt like days since she locked herself up. Kino, though, has other plans for Elise. After seeing what fun she had all by herself, he is interested to participate. After removing his clothes, Kino begins exploring Elise’s rubber-clad body, first with light, tickling touches and moving on to some wrestling and biting. Kino is obviously aroused by the helpless Elise, and begins to use her body to rub his erect cock. Crawling all over Elise, Kino makes good use of her body, culminating in beautiful position ripe for a rubber stocking foot job. Ultimately, Kino gives Elise the keys to her release – however she must release herself.