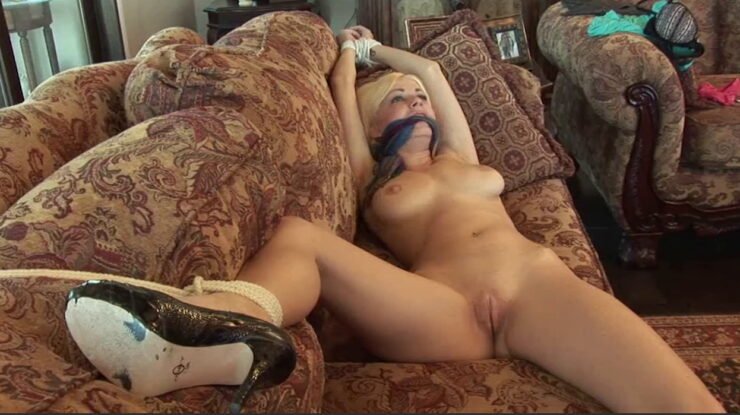 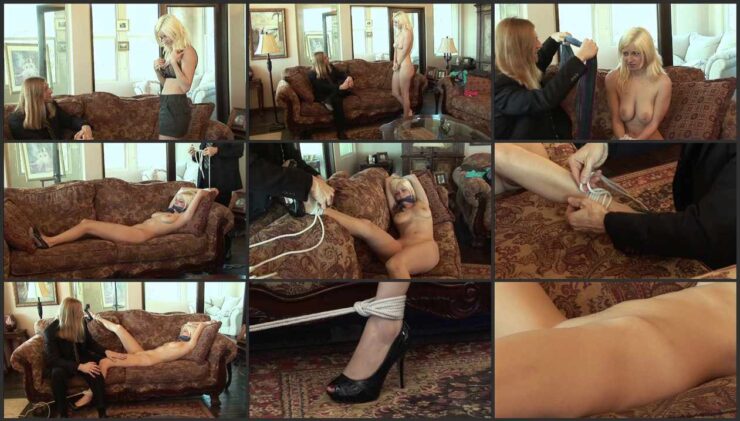 The beautiful, blonde, Danielle Trixie is an actress meeting a movie producer to audition for a new role. She arrives wearing a miniskirt, little top and high heels. Danielle makes herself comfortable on the casting couch (so to speak!). The producer, Isaac W., makes sure she knows that the role involves a few moments of nudity. Danielle knows this and says that has no issues with it. But then the producer requests that she strips naked in front of him. “Right now?” she asks. Being innocent, Danielle complies with the kinky request thinking it will land her the part. So Danielle stands up and ditches her top. Isaac compliments her, then requests that the bra be removed also. Danielle is shy and embarrassed, but she really wants this role! The bra is stripped off and cast aside. But Isaac is insistent that she take off everything! Danielle is really reluctant, but this movie shoot is in Italy and she’s dying to get the role! So she decides to go along with this guy’s kinky requests, stripping off her mini skirt and then her panties. Now Danielle’s standing there fully nude — except for her black high heels! She turns about so Isaac can check out her fine ass. But the producer’s requests don’t stop there. It’s announced that he wants her tied up, too! Isaac promises that Danielle will get the role if she’ll indulge him just a bit more. He pulls out some rope and wants to tie her wrists. Danielle holds out her hands to be bound in front. Once they’re tied up, she’s allowed to sit on the sofa. Isaac pulls out a soft scarf. “What’s that for?” Danielle asks nervously. What’s this? Now she even has to agree to let this guy gag her! She ends up cleave gagged with this thick scarf, seriously wondering just what the hell she allowed herself to get into! Isaac sits her back on the sofa, then binds her wrists to it. Next, her legs are tied to the high and low-sides of the sofa. Poor Danielle is now bound spread-eagle now in nothing but those sexy, spiked heels. She’s totally helpless! But Danielle consoles herself with thoughts that surely she’ll get the part now seeing as she’s agreed to all of this kinky business. After all, what else could he want her to do? Oh, plenty more she finds out! Once that dirty producer has Danielle all tied up and gagged on the casting couch, he tells her his friends are coming over to fuck her to see if she’s right for the part! Danielle freaks out and starts struggling, but it’s not much use since she’s tied really tight! That kinky producer stands there, enjoying the sight of his beautiful starlet bound and gagged on his casting couch, struggling to get loose before his friends show up!