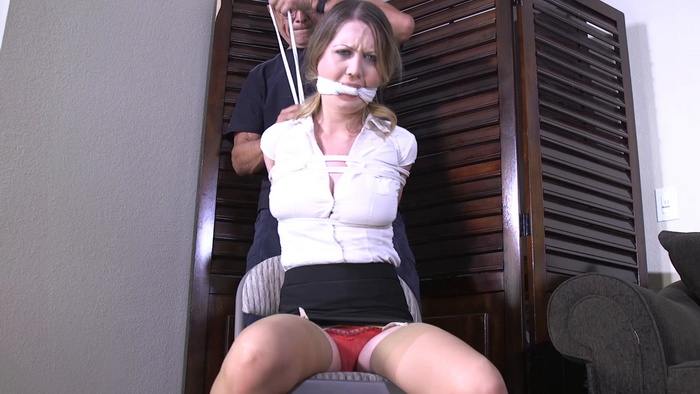 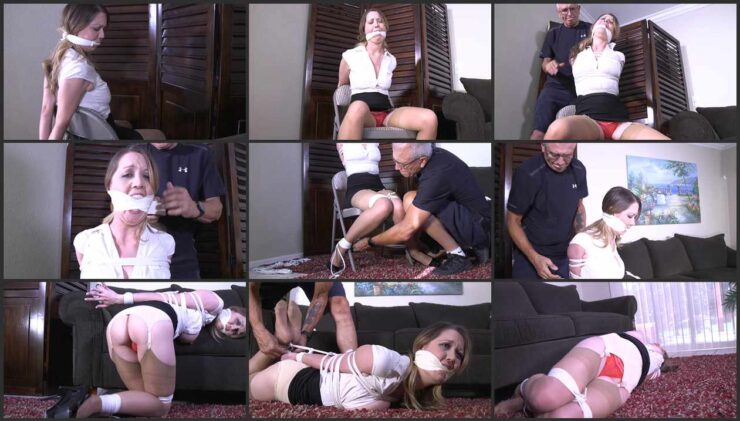 Chrissy was flunking out of college and tonight, she was suppose to bring her parents to one of her teacher’s house for a conference. But Chrissy thought she had a better method to get out of this mess. She would use her sex appeal to seduce the teacher. But this teacher wasn’t going for this and realized that Chrissy needed special punishment. He told her that she could start by sitting in the corner. “I am not sitting in any corner!” Chrissy told him.

But in the next scene, that is exactly how she found herself. Except now she was also tied down to a chair with a thick knotted gag tied in her mouth. She was tied with her legs apart to give the teacher full view of her red lace panties up her skirt. After a short while, the teacher came back to her. He untied her from the chair, but quickly retied her. He also replaced the gag by stuffing and taping panties in Chrissy’s mouth. Finally, the teacher took Chrissy out of the chair. But before he pulled her boobs out of her blouse. He then left her struggling hogtied and gagged on the floor.