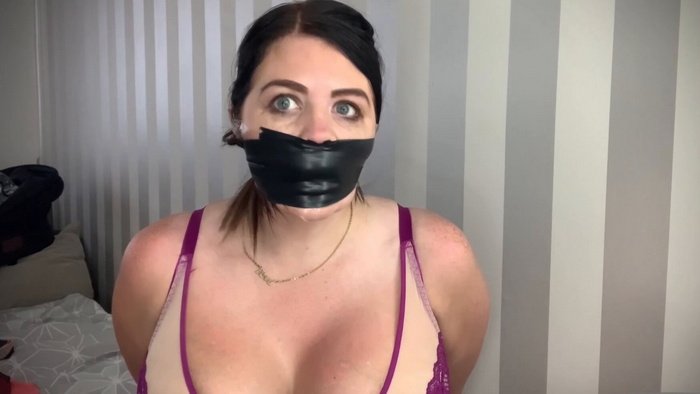 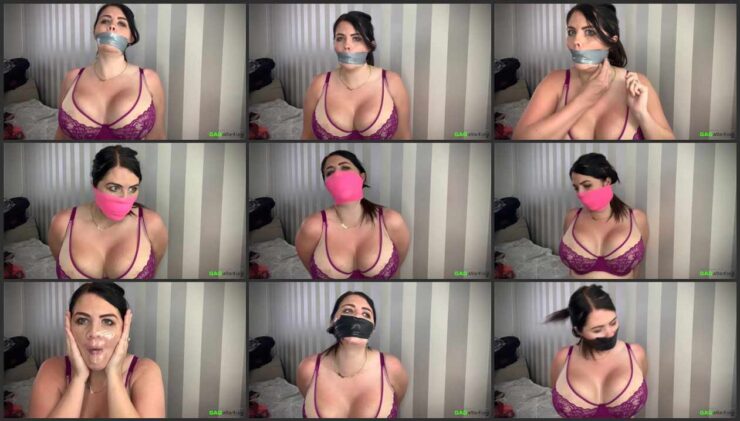 Gag 1
Terri is going to do a new gag for you she’s been thinking about. She first stuffs in a sock to make less sound while gag talking. After she stuffed in the sock she wraps around thin silver PVC tape as a wrap around tape gag. Now it’s time to gag talk for you and show how effective this gag is. Expect a lot of muffled gag talking & DID like gag talk.
Gag 2
Now it’s time for a new gag Terri ordered. She stuffs her mouth with a sock so that she make muffled sounds. Now it’s time to put the Pink bandage wrap on. She chooses a OTN Wrap gag. Now that the gag is wrapped thick & tightly it’s time to show you how the gag looks & Gag talk a lot.
Gag 3
Terri decides to grab the clear tape because it’s one of her favorites & Very effective. She puts a sock in her mouth as stuffing and applies it on while closing her mouth. As a surprise she adds Thin black PVC Tape on top to make it even more effective. Terri tries to scream trough the gag and gag talk as well but all that is coming out are muffled sounds & Screams.