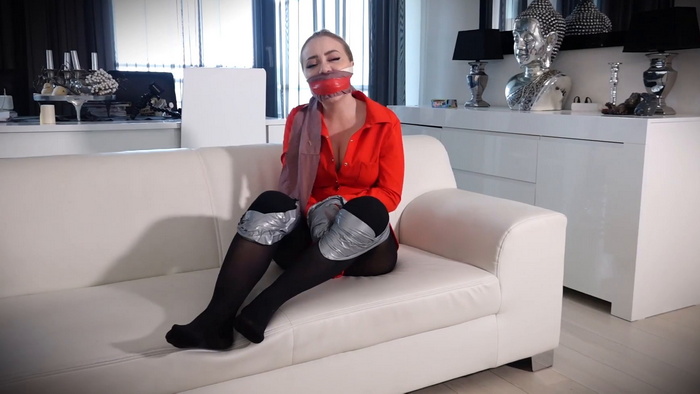 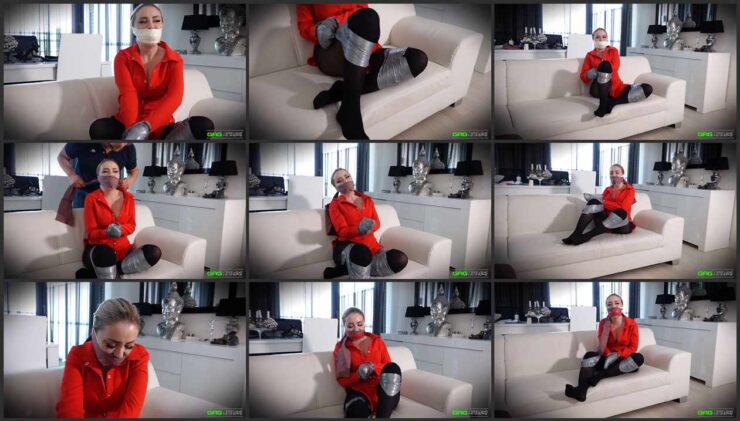 Layer 1 Aubrey’s captor decides to have a little more payback for her. He stuffs her mouth and tightly wraps around 3″ Microfoam Tape. Aubrey very frustrated about her situation tries to protest against it but all that is coming out of the helpless Aubrey is muffled gag talk. She struggles very hard to get out of her tape bondage but it’s futile so far

Layer 2 Aubrey’s captor adds a OTM gag to make it even harder for Aubrey to produce sounds. The feisty scam artist does her best to gag talk as much as possible hoping that someone will hear her but all that is coming out of her heavily gagged mouth are MMMPPPHHHSS. The tape bondage seems to get a little more loose.

Layer 3 Aubrey’s captor is going to leave her alone but not before he adds a third final layer to torment Aubrey. He wraps narrow PVC tape around her head. Aubrey is left alone to struggle, gag talk & squirm through her gag. She struggles and gag talks a lot and finally gets the tape ties around her legs removed and decides to run away to alarm someone about her situation.