Sablique needs to get revenge on a man ASAP, so she scours the internet & comes across private investigator, Nyxon. Thinking that this PI can give her some tips & tricks, she calls her up & makes an appointment to come into her office. Confused by the conversation, Nyxon hangs up the phone & waits for Sablique to arrive. When she gets there, Ssablique asks Nyxon about different ways she can get revenge on someone & Nyxon is immediately annoyed. Thinking quickly, Nyxon suggests that Sablique tie him up. Sablique gives a confused look & Nyxon tells her that she’ll demonstrate. She grabs some rope & begins to tie Sablique’s arms behind her back. Sablique is worried that she’ll forget what to do, so Nyxon presses record on a camera & tells Sablique that she’ll get the instructional tape at the end of the lesson. Nyxon continues to tie up Sablique & has her get onto the floor on her belly. She pulls Sablique into a back bending hogtie & Sablique lets out a yelp. Nyxon gives her a tight duct tape cleave gag & tells her that she has to go out & do some sleuthing. Sablique tells her that she wants to learn more revenge techniques & Nyxon tells her that she doesn’t really offer those types of services. She was just annoyed by Sablique & wanted to tie her up. 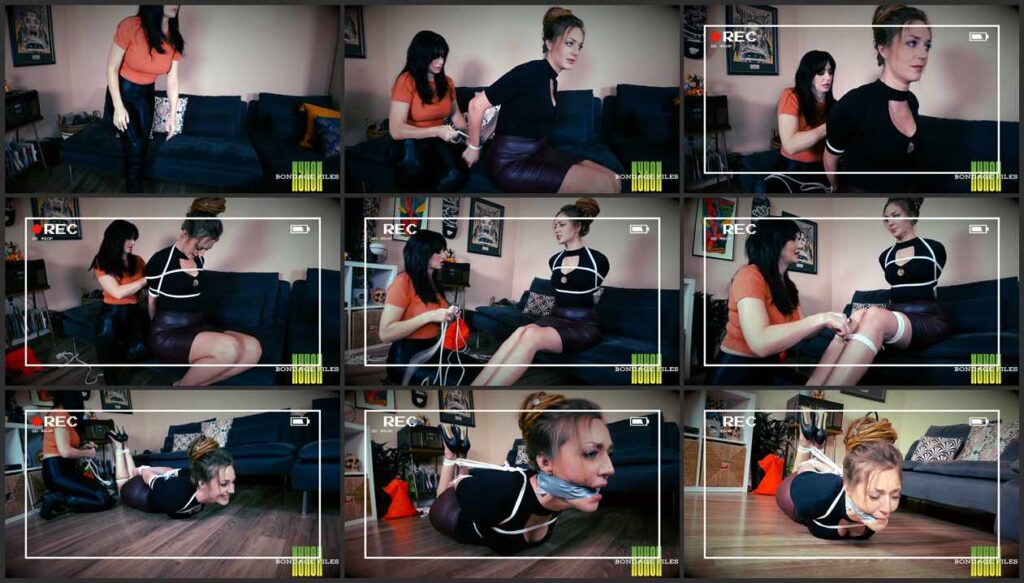 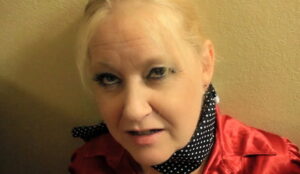 Compilation of the best video with Kristyna Dark 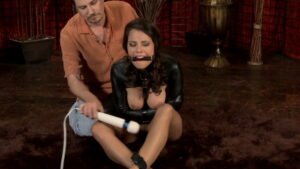 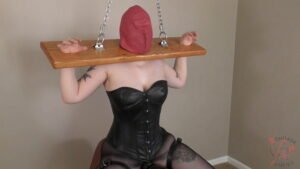 Jane squirm tied on a padded horse and gasp from pleasure 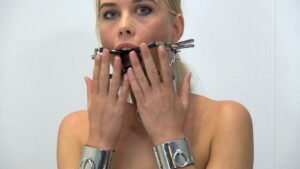 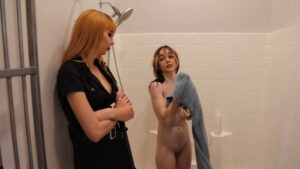 Sophia arrested and put in a cell Part 3 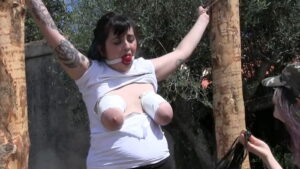