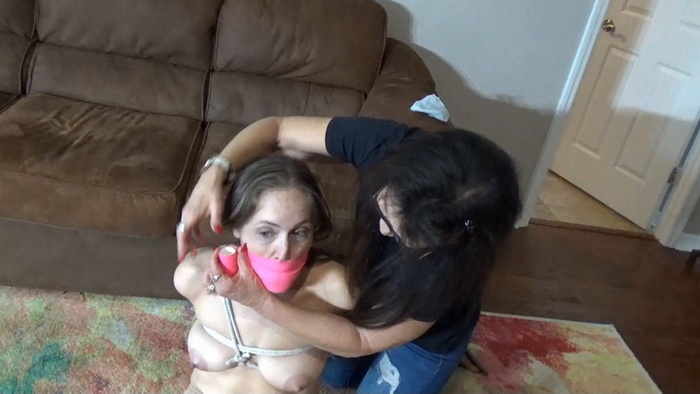 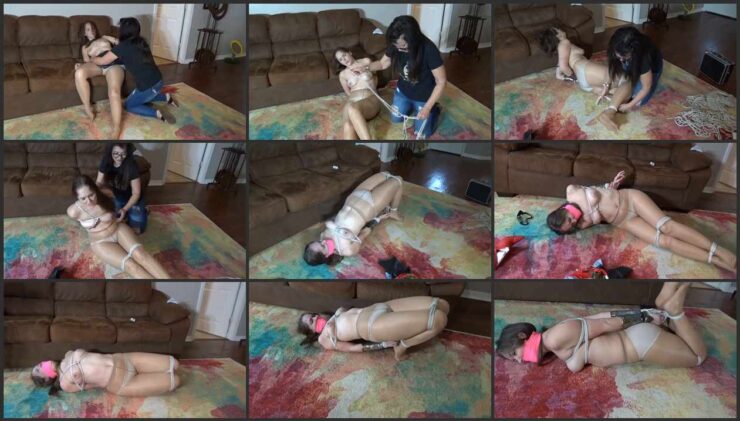 The super gorgeous Rachel Adams plays WW in this clip. WW comes home from a tough day of crime fighting. She had had a particularly bad day as she had to deal with Batman. While a great hero in his own right he is a pain in the ass to work with. With that WW relaxed on her couch. Suddenly she detected an odor. Faint at first but very pungent. As the odor grew WW began to feel dizzy. Without time to react WW was quickly overcome. The pungent gas sent the sexy super heroine into a nice deep slumber.

After her long nap, WW woke up only to find herself bound and gagged rather tightly. As she began to struggle the villain behind all this spoke up and began to berate her. Normally she could easily break out of the ropes but she could not! The ropes felt like steel on her body and she could not move them. It would seem that the gas had done something to her. She struggled mightily wondering what was going to happen next.