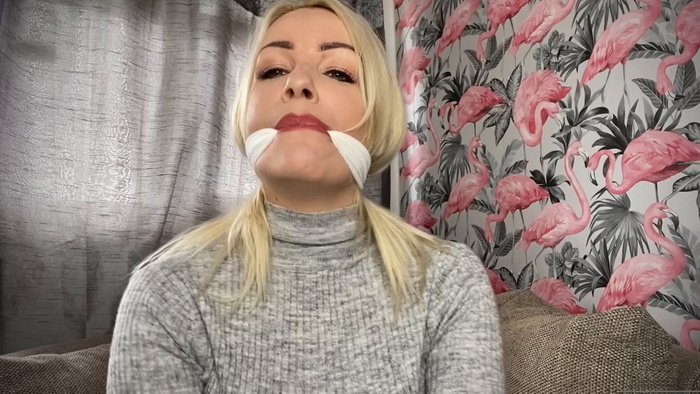 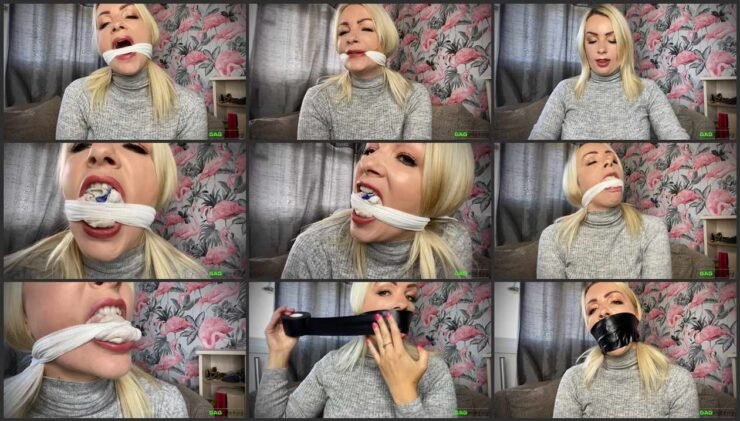 Gag 1
Penny is about to gag herself with a white scarf. She applies the scarf as a very tight cleave gag without stuffing. Now that the gag is tightly secured she starts by gag talking for you. She makes various gag talk sounds to get your attention. When she thinks you’ve seen enough of this gag she takes it off.
Gag 2
Penny now wants to make it a little bit more difficult to talk. She stuffs in a big pair of panties and applies the scarf again as a tight cleave gag to keep the stuffing in. Penny now incapable of speaking makes a lot of muffled gag talk sounds while trying to talk. She gives you a closer look while doing so showing how tight the cleave gag is. After a while she takes off the gag.
Gag 3
Now it’s time for Penny’s last gag of today she stuffs her mouth and wraps around black PVC tape. She gag talks a few minutes for you while giving you a close up look at how tight the tape gag is. Penny tries to work the gag a bit while MMMPHING for you. When she is done she waves you goodbye with the PVC tape gag still wrapped around.