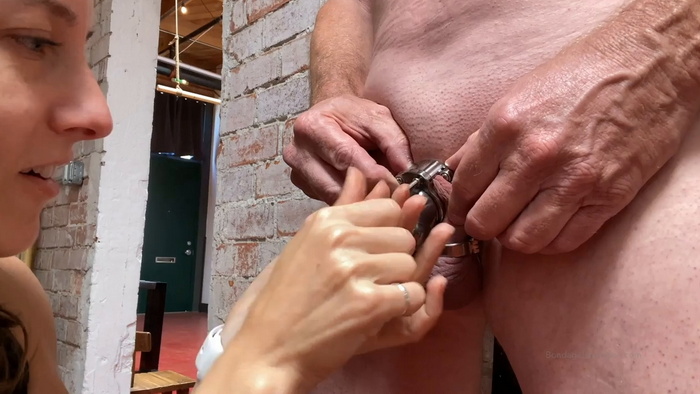 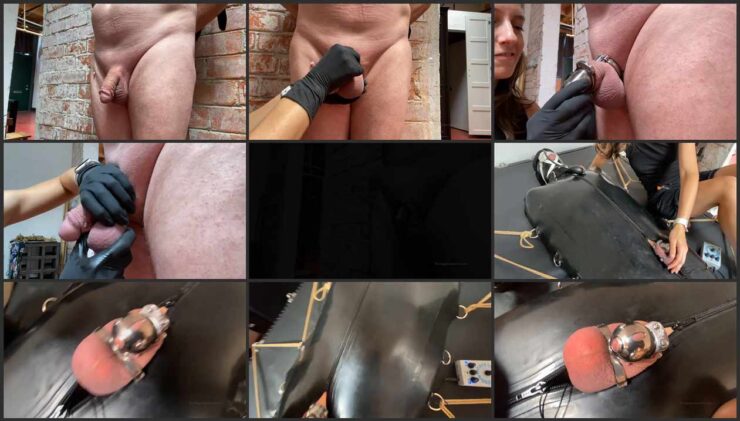 One year and three months ago, Elise’s sub, Sparky, was locked into a beautiful bespoke Steelwerks chastity cage. At the time, both Elise and Sparky were surprised at how small the cage appeared – and were equally surprised to find that Sparky’s cock comfortably fit inside. After over a year in chastity, though, Sparky’s cock has shrunk, which had been leaving a bit too much room for both Elise’s and Sparky’s comfort. So a new cage was made to better fit Sparky’s diminishing cock.

This video documents the exchange of the cages – the removal of the older, more sizeable cage, in exchange for a much smaller (in every possible dimension) cage. With the high level of Steelwerks craftsmanship, Sparky’s cock was right at home – albeit, after some work to squeeze that dick in there! After locking that dick up, Elise places Sparky in a tight rubber sleep sack, complete with an inflatable gag, electro butt plug and several small spikes screwed right into the tip of the new cage. Elise tests out the cage by teasing Sparky with a vibrator – and ultimately bringing herself to multiple orgasms.