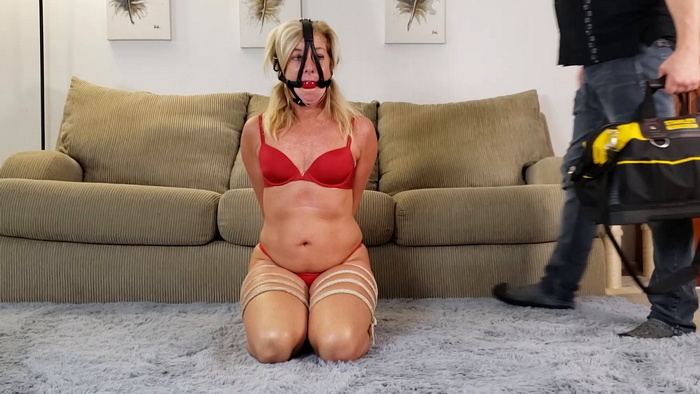 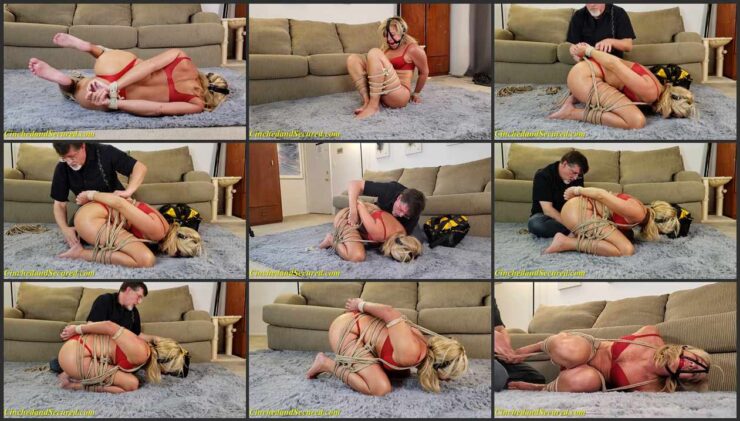 Dakkota was given one simple command: stay right where she was, and do not try to escape. Of course, a panicked woman should be forgiven for not listening, but her captor doesn’t agree with that sentiment, and promises to show her no mercy if she disobeys. Unsurprisingly, this doesn’t ease her mind and the minute he leaves the room, she begins a frantic attempt to free herself, but with her wrists and elbows bound and her legs tied in an intricate network of ropes, it’s a fruitless quest. She never gives up, even though she has become ruefully aware of just how skimpy her panties are, and just what a show her captor must be getting if he’s watching.

At one point, she even uses the toes on one foot to try and undo the knots on her other leg! Her captor returns, and realizing she did not follow orders, he proves he is true to his word, and add more and more ropes until she’s folded into a tight little package, unable to even twitch, let alone escape! To further humiliate her, her assailant tips her onto her side, leaving her charms on full display as she mewls and moans into her gag! Miserably, she finally realizes that ALL actions have consequences, sometimes unimaginable ones!