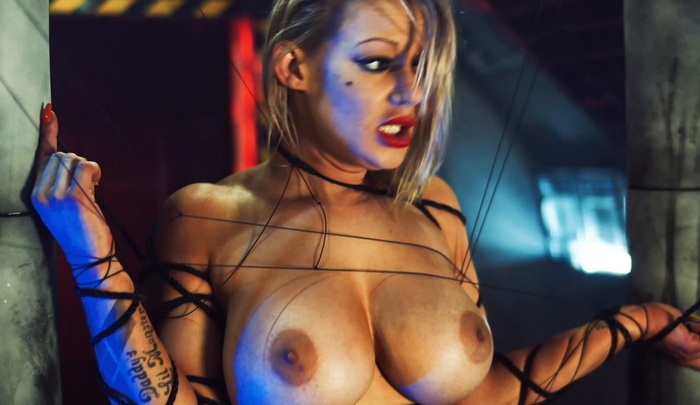 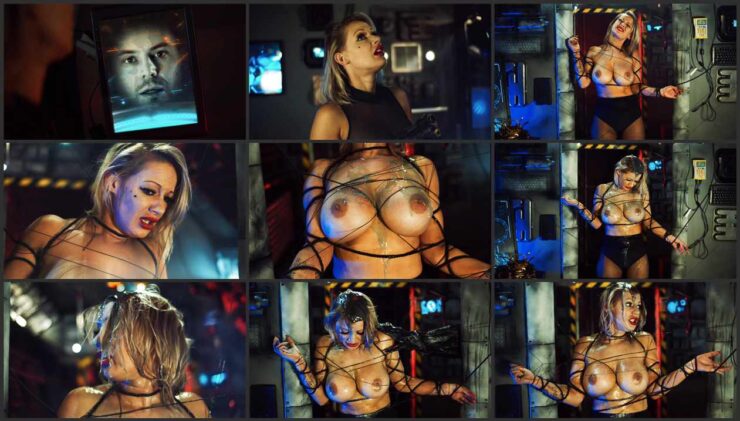 I got chatting to Lou Lou Petite and producer Dick Bush after I played a session of Lou Lou’s kinky D&D chat. It wasn’t going to be possible to work together (because COVID) but maybe they could shoot some films for Restrained Elegance? Hell yes, I wasn’t going to turn down that chance, especially when I saw the quality of films they produce and the amazing SciFi sets in the studio. We sent the scripts back and forth to fine-tune, and this was my favourite one – the alien slime was my idea!
Lost in space, Lou Lou’s ship is hit by some mysterious force – an alien attack! The creatures force their way into her craft and tie her up, wrapping her in an alien web of strands before pulling her clothes off. Held tight, she’s helpless to prevent the amorous alien giving her a good grope and covering her in its slime secretions!