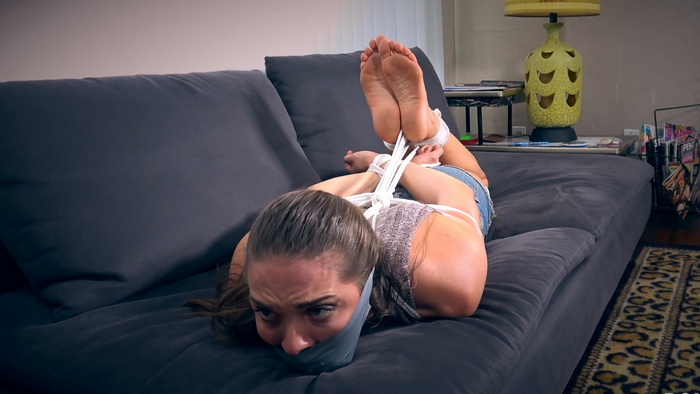 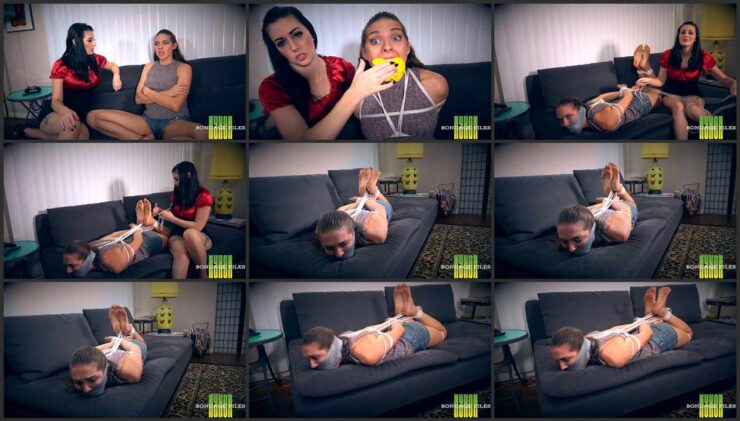 Nyxon is really sick & tired of her lazy roommate Sadie’s lack of manners, and after discovering that Sadie has eaten the last of her cereal, she’s pushed to the edge. She confronts Sadie in their living room, and doesn’t appreciate Sadie’s dismissive attitude. She grabs Sadie by the back of the head & places her hand over Sadie’s mouth to quiet her. She struggles for about a minute before going quiet on the couch, and Nyxon moves on to the next part of her plan.

When Sadie comes to, she’s tied on the couch & Nyxon is sitting next to her, grinning. She grabs a yellow towel, pulls Sadie’s head back, and shoves it right into her mouth. Sadie’s eyes go wide as Nyxon grabs a roll of duct tape & wraps it around Sadie’s head to secure the gag in her mouth. Next, Nyxon pushes Sadie onto her stomach & pulls her into a tight hogtie. Sadie groans through her gag, and Nyxon laughs at her as she walks out of the room leaving Sadie to struggle on the couch.