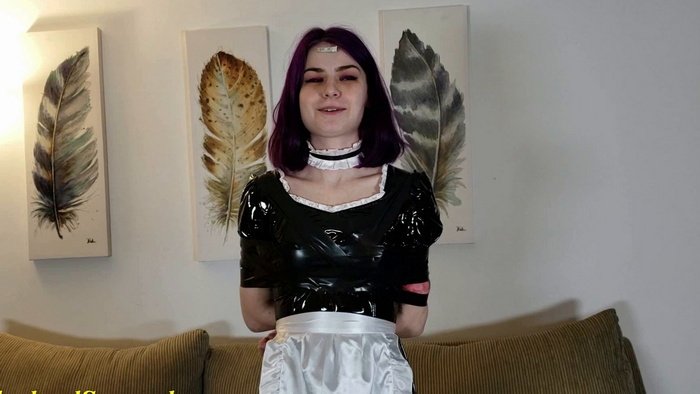 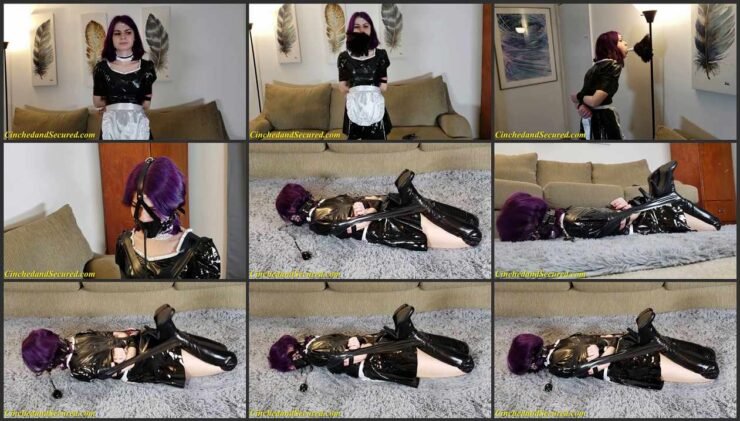 Jeanette has been busy working all day and is ready to just lie down and be done with it. After taking a moment to lie down on the couch, she notices that her roommates left her a present for her birthday, which she completely forgot about after today. When she opens the package, a puff of some mysterious gas flies into her face, and when the gas clears, she is dressed in a strange PVC maid outfit. She also finds some kind of computer chip lodged on her forehead. She attempts to remove it, when an alarm goes off, and several spools of tape scramble and begin to fly towards her. A strange voice introduces himself. He says that he is an alien from a distant planet. He says that this whole room is actually only a holodeck meant to simulate Jeanette’s apartment, and that the alarm went off because she was close to unveiling the trick. He has assumed a human form so she is not too frightened by his alien appearance. As he begins to explain, he begins to view her curiously, like how a zoologist watches animals. The alien is bent on collecting specimens on behalf of what essentially is an Alien Zoo. He takes out a remote and types several commands. Jeanette asks what he is doing, but finds her body moving on its own. She is made to stand at attention, head held high. A feather duster appears in her mouth, secured by a large ball. Now silenced, he inputs some commands for Jeanette to begin cleaning this room. Although Jeanette continues to gag talk some angry remarks, her body moves on autopilot, dusting every surface. Finally, it is time for deep space travel. To ensure her safety, she is fitted with a pump gag that will be used to supply oxygen to Jeanette during the trip. Jeanette makes one final plea before being silenced, but she is magically hogtied and left to struggle helplessly before vanishing into the deepest regions of space, destined for a life of performance behind bars!

home / General / Jeanette, dressed in a PVC maid outfit, is tied up and left to fight helplessly in a spaceship