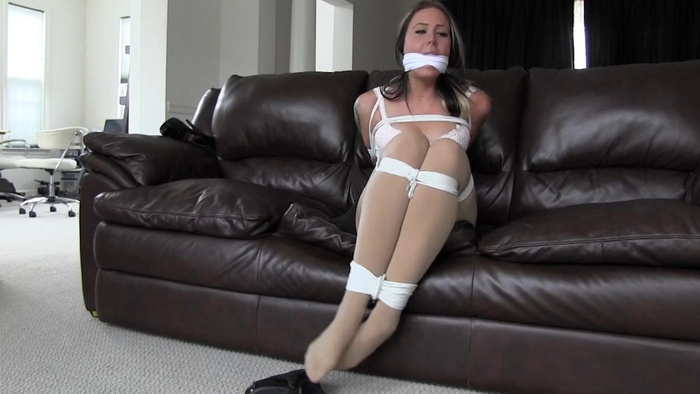 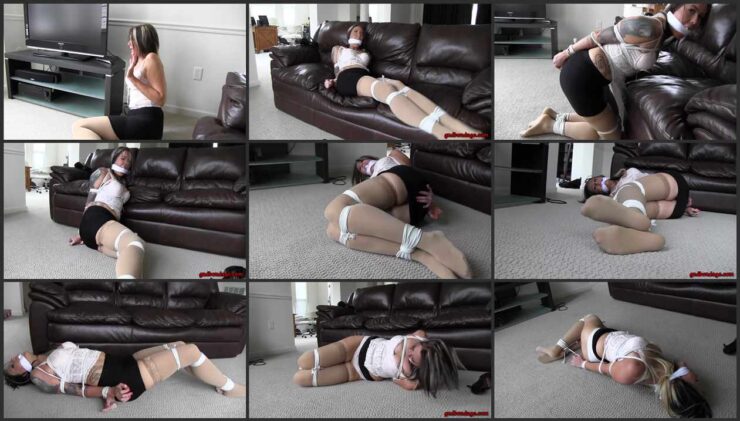 When she saw them at the door, JaneLyn thought they were here to hang out with her younger step-brother. When she told them that he was not home, one of them told her he was here to borrow some tools from her step-dad. After telling them where to find what they needed, JaneLyn started looking for something behind her television. She didn’t know they were watching and at one point she gave them a nice view up her skirt. “Hey! Are you looking at my panties you perverts!” she demanded to know when she caught them looking.

Very embarrassed, she told them to hurry up and get what they came for and leave. But they had other ideas. Having talking about doing this for some time, they tied up JaneLyn with rope. She protested and demanded that they let her go and get out of her house. But they were not done. They wanted a really good view of their best friends older step-sister’s panties. The only problem was, she was making too much noise. So they stuffed and tied a sock in her mouth to gag her. JaneLyn was furious as she struggled bound and gagged. She was tied so painfully tight that she didn’t even care that she was given them a nice show as her skirt started to hike up her hips By the time they got to hogtying her, they had a full view of her lacy white panties.

Finally after they had their fun, they left JaneLyn. But they didn’t untie her. So sometime later, she found herself still hogtied and gagged when she heard her step-father come in. “JaneLyn honey! I am home!” she heard him call out. When she started whimpering loud through the gag, he came in to find his step-daughter in this very humiliating situation.