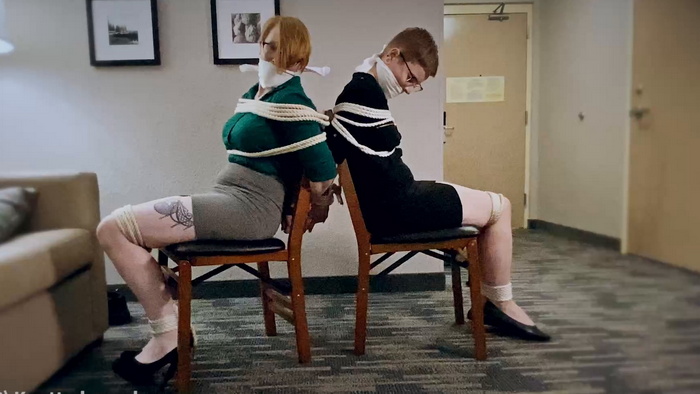 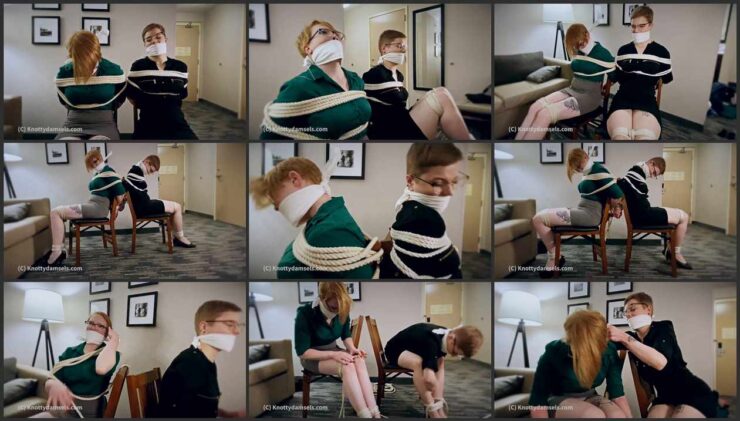 Rookie detectives Izzabella Robbins and Kitty Kilmore thought they had it all under control… just follow a known member of a counterfeiting ring, take some snapshots, and be done with their job. However, they didn’t realize the scope of the operation and were caught by several members. To keep them out of sight, they are placed in a back room and tied thoroughly to chairs. The two are both OTM gagged with white cloths.

The plucky duo struggle and mmpph the best way they can. They know that they are surrounded by baddies so they try not to make too much noise through their gags. Eventually, they hop back to back and try to untie themselves, both trying very hard not to disrupt their captors who left them alone in the first place. A rookie mistake by baddies on two rookie detectives.