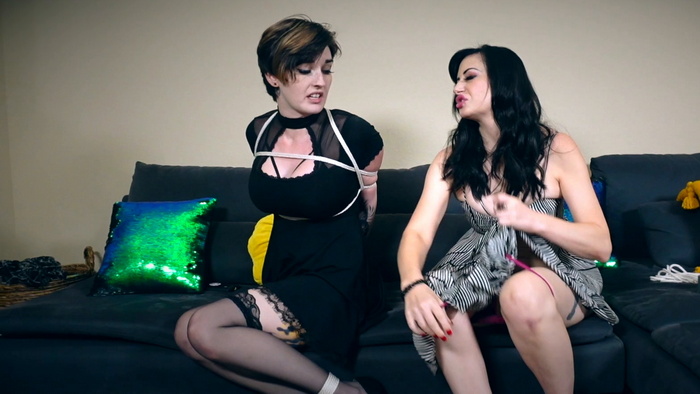 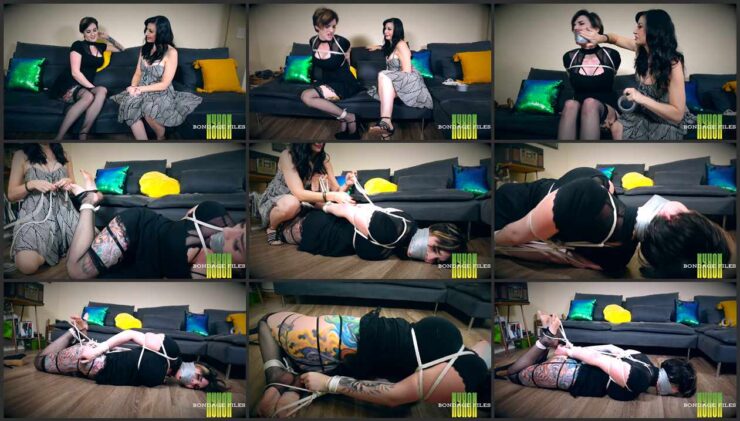 Irene has been dating Nyxon’s step-bro for a while now, & Nyxon overhears a conversation where Irene is telling her friend that she’s just with him because he has a good job & buys her all kinds of expensive gifts. Nyxon confronts Irene, but just ends up getting even angrier. She subdues Irene with HOM & when Irene comes to, she finds herself tied tightly on the couch.

Irene struggles & demands to be let go, and Nyxon casually pulls off her panties & shoves them into Irene’s big mouth. She seals the dirty panties inside by wrapping duct tape around Irene’s head. Nyxon then shoves Irene onto the floor where she places her into a tightly arched hogtie. Then, Nyxon removes Irene’s high heels & rips her black stockings exposing her toes. Finally, Nyxon gives Irene a tight toe tie before leaving her to struggle on the floor.