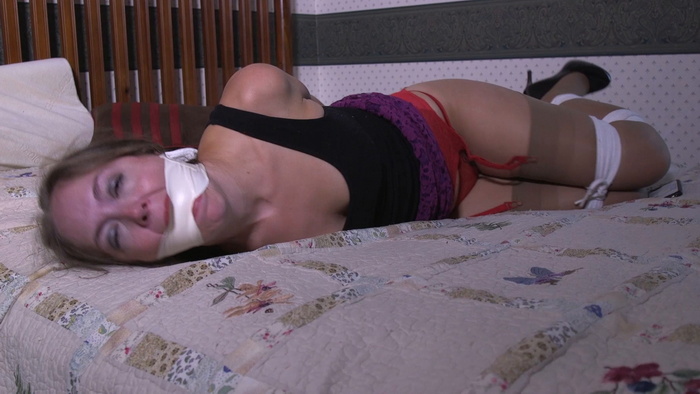 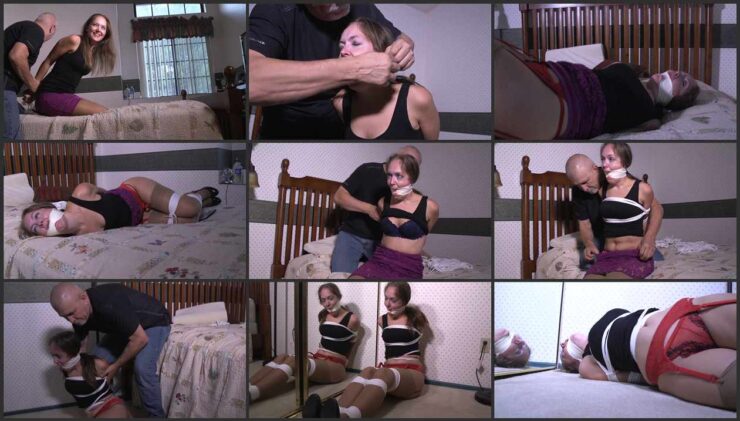 Rachel was his older step sister and they both hated each other. She went out of her way to get him in trouble and up to now, his life was miserable. But he recently found out something. During the day, while he was at school, Rachel has been having an affair with the older man next door. Having recently learned that today, the man was coming over, he skipped school and set up a hiding place in his step sisters bedroom closet.
The scene begins with him watching Rachel have a phone conversion with the neighbor. After she hangs up, Rachel gets up and makes sure she looks sexy for her upcoming visitor. With step brother watching in the closet, Rachel lifts her skirt and looks into the mirror to admire herself. “Wow” step brother cannot believe his eyes. Rachel is wearing sext red underwear under her skirt. Red sheer panties that can see that she has little or no pubic hair. Red garters to hold up her stockings. When she turns around to get a good look at her rear end, he sees that her panties are actually a thong.

Suddenly, he hears the neighbor arrive and he gets his cell phone camera ready to record what is about to happen. He is sure that in just a few minutes he will watching the man fuck his step sister. But suddenly, something unusual happens. The man brings out rope and starts to Rachel up. He then uses a pair of his step mother’s panties and stuffs her mouth with. He then uses tape to pack and wrap them in her mouth and soon, he has Rachel struggling bound and gagged her bed. The neighbor leaves Rachel alone for some time. So, step brother just watches as Rachel enjoys the situation. Soon her skirt rises and again, he can see her sexy red lingerie. Later the neighbor returns. He puts Rachel on the floor in front of the mirror so she can get a better look at her situation.

Still she has no idea that she is being watched and doesn’t hesitate at all to give her spying step brother a nice little show. But that soon changes as Rachel noticed her closet door is slightly open and she sees some movement. She sees her step brother and now she is frantic. The man returns and she tries to let him know they are being watched and for him to stop whatever he plans to do. But being gagged, the man cannot understand what she is trying to say…