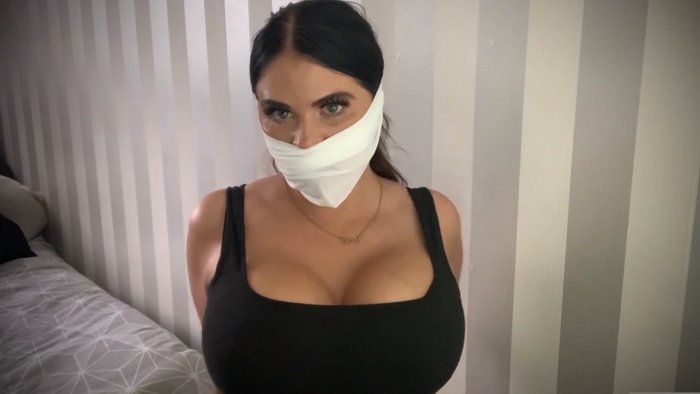 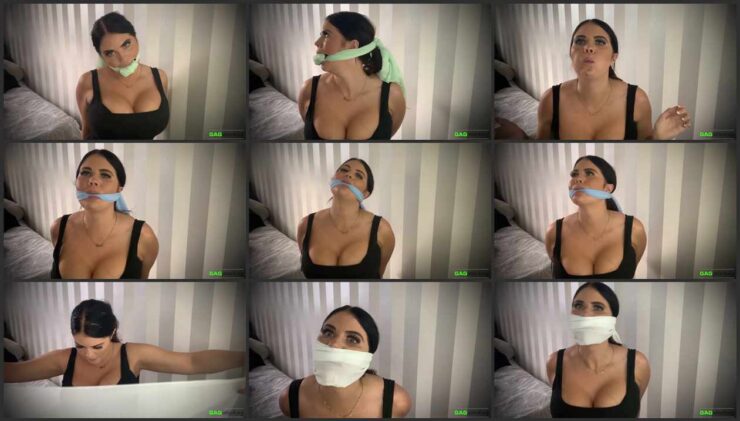 Gag 1
Terri is about to do a very hot self gag with various scarves. As a first gag she chooses a knotted green scarf with a pair of black socks knotted in it. She puts in the gag and starts by pretending to be captured as a Damsel in . The gag talks a lot while giving you a closer look at her gag. Expect a lot of muffled gag talk trough the knotted cleave gag. When Terri thinks you’ve seen enough of this she takes off the gag.
Gag 2
Terri is now going to do a slightly different gag for you. She puts a pair of panties inside of her mouth and tightly ties a blue scarf as a tight cleave gag. Terri now properly gagged does her best to seduce you with her gag talk making a lot of MMMPPHING sounds. She does this while holding her hands behind her back as if she is captured. Terri also gives you a closer look while still gag talking to you. After a while she takes off her tight cleave gag.
Gag 3
Now it’s time for Terri’s last gag of today. She stuffs in a pair of panties inside of her mouth and tightly ties a white scarf as a tight OTM gag. She puts her hands behind her back before gag talking loads for you. Terri tries to speak as clear as possible trough the tightly secured gag but all you can hear is MMMMPPPHING. After a while she pretends to be a damsel again before taking her last gag off.

home / General / Gagged cloth for Terri. 3 Gag video in one