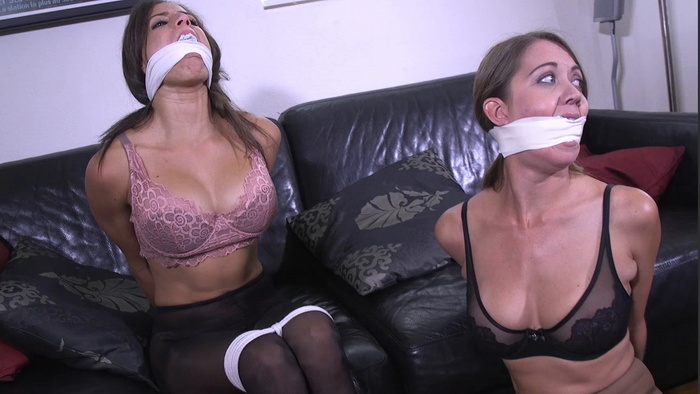 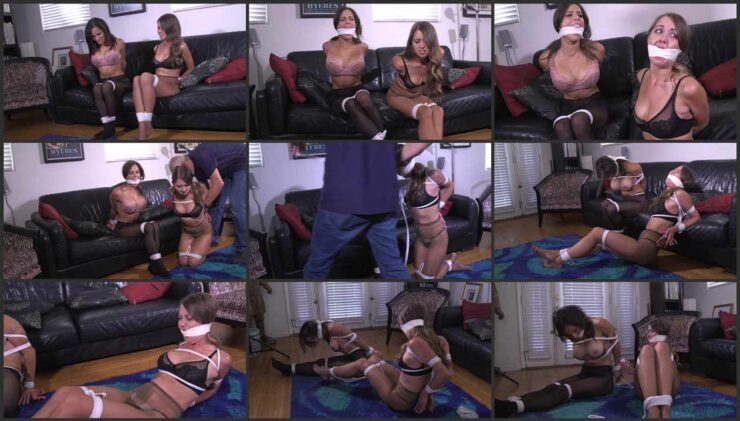 A man has come into the house and now has Chichi and Chrissy tied up with rope in their underwear. At one point, Chrissy gets angry and starts to complain. When the man tells her to be quiet, Chrissy refuses. So the man grabs Chichi and starts to gag her. Chrissy continues to talk back to the man. So after he gags Chichi, he stuffs and tapes Panties in Chrissy’s mouth to gag her too. He then ties Chrissy in a very tight “chicken wing” elbow tie.

A short time later, the girls find themselves struggling bound and gagged in their bra’s and pantyhose. Although, the strict elbow tie is very painful for Chrissy, she manages to get the wad of panties out of Chichi’s mouth. Now with them able to communicate, they come up with a plan to get each other untied.