Gag Talk Intro Aubrey is captured by a burglar and is tied up so that he can rob her place.. Story Aubrey walks in the scene with her hands up. She needs to give the combination of the safe to the intruder in her house. After some struggling she gives in and tells him her combination. Aubrey is now tied and gets 2 hankies stuffed inside of her mouth. Aubrey tries to protest but now all that is coming out of her mouth is MMMMPPHING there is a third big hankie added and a cleave gag to keep it all in and Aubrey is left helpless. She tries to struggle out of the ropes while gag talking a lot.

Aubrey finds a nail file and tries to cut the ropes but it’s of no use the ropes are way too thick.. She can only try to scream for help and hope somebody will hear her muffled screams. Her capturer got everything he needs so he puts a bandana gag over her already heavily stuffed mouth and puts her in a hogtie to make sure she won’t alarm anyone about her being robbed. Aubrey struggles hard to get out of her situation gag talking a lot. With all her attempts being almost futile she finally gives up and hopes for someone to find her… 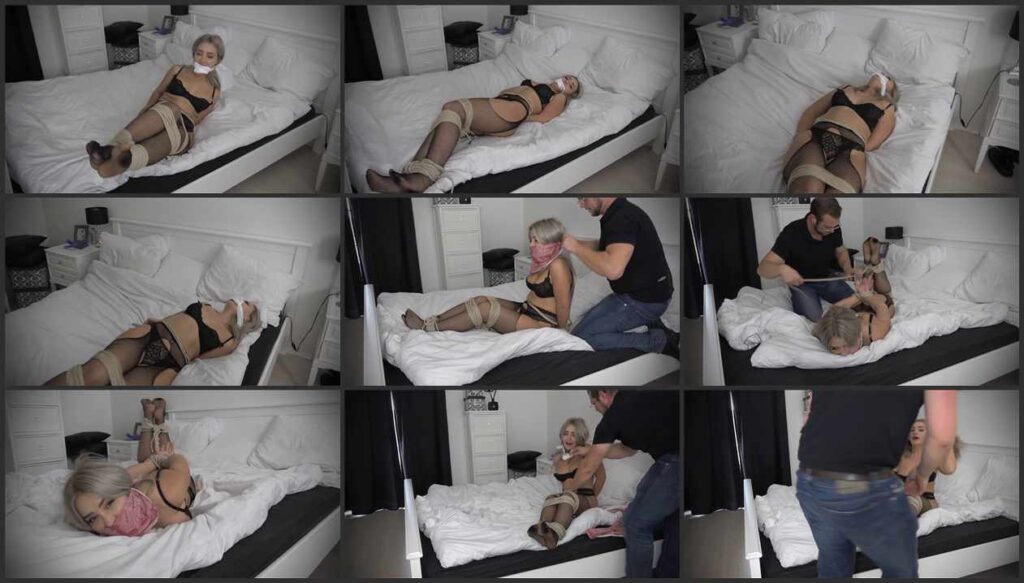 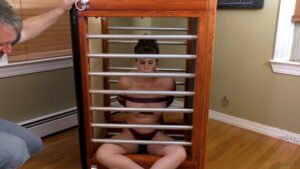 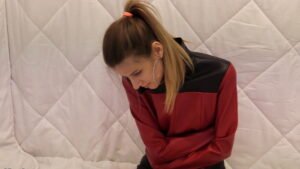 Dina in a straitjacket is imprisoned in a soft cell 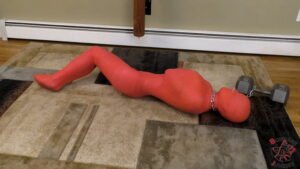 Lola squirms on the floor wrapped in vet wrap. Part 2 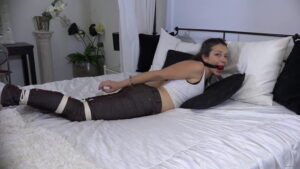 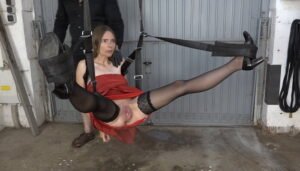 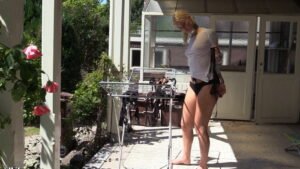 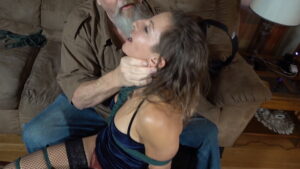 Lora tied up and put up for sale