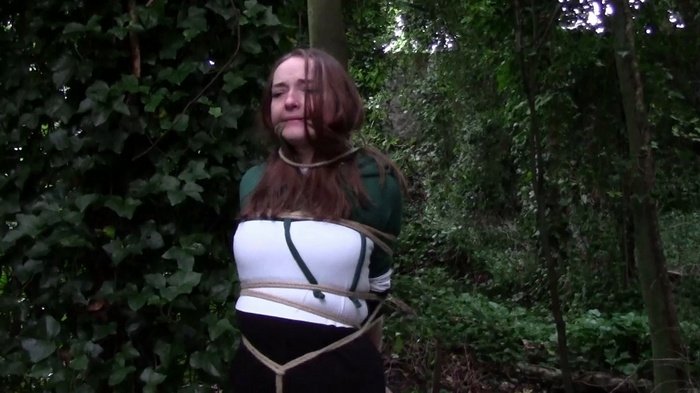 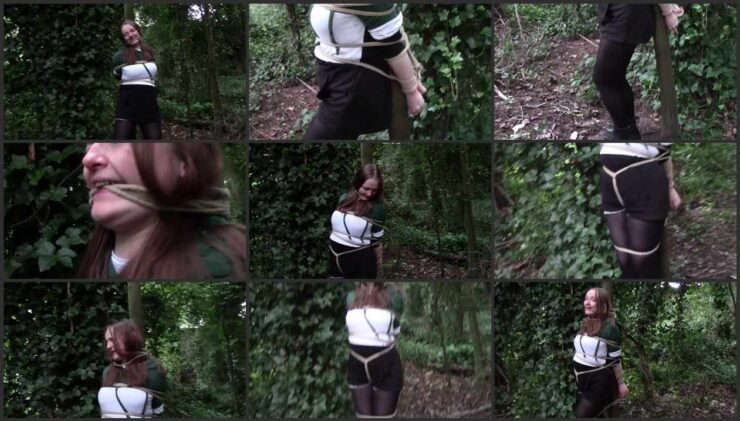 Poor Captured Kerry had got herself into deep trouble, there was a guy following her into the woods and he captured her and handcuffed her to a tree but he took the cuffs off and now we join her Tied to A tree with Rope.
He has her hands tied behind her back and ropes around her upper body she is wriggling against the rope and he has also Gagged her by tying rope between her teeth and around the tree. he doesn’t seem to be happy with his ropework and ties a crotch rope between her legs and attached to her hands. So, every time she pulls her wrists it pulls tighter. He has tied her ankles together and he has left her alone. she pulls and struggles against the ropes; they bite into her wrists and ankles and she is very aware of the crotch rope tightening.
After a while ha comes back and unties her only to tie her hands in front and now, he is dragging her away to his hideout. she pleads with him but he doesn’t care. Poor captured kerry.