Jamie got herself in debt with this guy and had to work it off in his night club. But bar tending wasn’t all that was required of her and Jamie decided to skip out on him. Unfortunately for her, the man tracked her down and grabbed her. He took her to his hotel room where he could keep her for the night so he could take him back with him the next day. He knew that Jamie would try to get away.

So he came prepared with lots of rope. Before she could put up much of a fight, he grabbed Jamie and tied her up. Then after throwing her down on the bed, he stuffed and tied a gag in her mouth. Jamie continued to struggle , but the man added more and more rope until he had her completely hogtied crotch roped and gagged with no hope of escape. Later the man pulled Jamie’s big boobs out of her bra. Because of her trying to escaping, her debt to him has gone up. Now she is going to repay him working in the back room to entertain some of his more important clients. 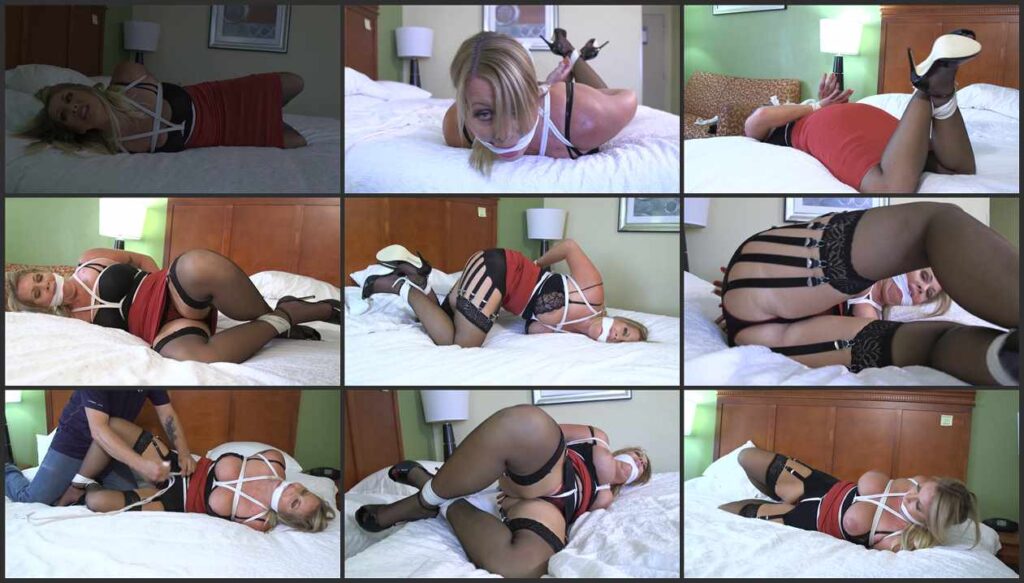 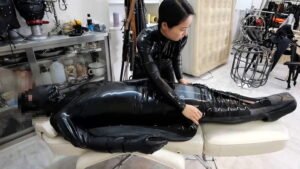 Hinako and her sacks ones with the adjustable laces 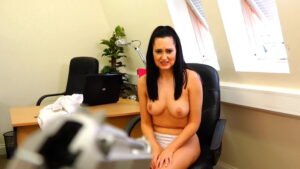 A Very Disgruntled Employee Took Revenge on the Secretary 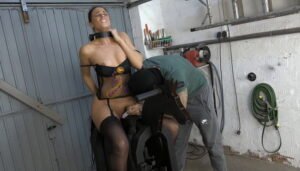 Christy Ley in Orgasm on the Iron Horse 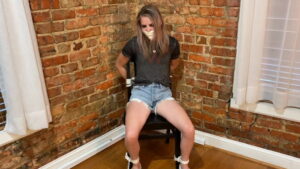 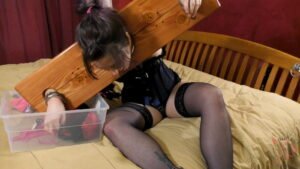 Joy had been tricked on the job and gagged and bound 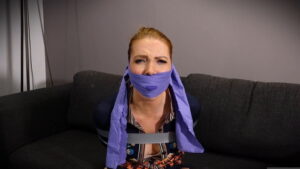