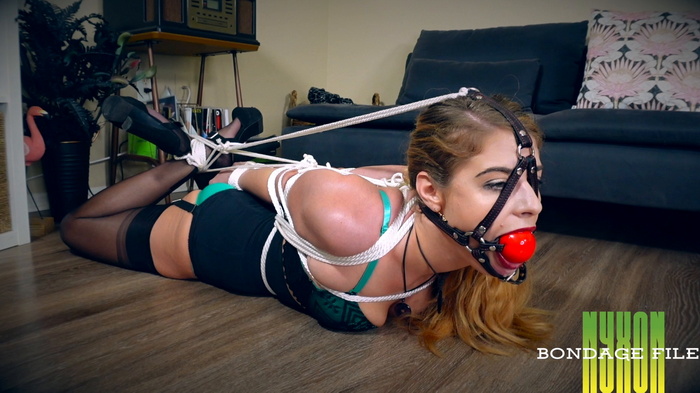 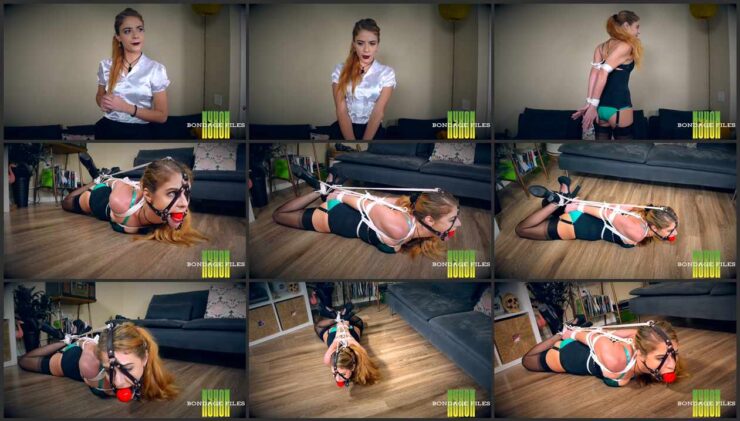 Carmen X has always dreamed of being a cast member at a certain place with a famous mouse, so she travels to the big city to audition. The person conducting her audition, Nyxon, tells her that the audition is really going to push her limits, and asks her if she’s comfy doing all of her own stunts. Carmen really wants to be a princess, but tells Nyxon that she’ll do anything to get her foot in the door. Nyxon tells Carmen to remove her skirt & blouse so that they can move onto the next step.

The next scene opens up with Carmen in her lingerie with her arms tied behind her back. Nyxon explains that sometimes the cast members may be asked to play various roles, and it’s good to be prepared. Nyxon then applies more rope (off camera) to Carmen’s upper body & asks her how she feels. Carmen tells Nyxon that she still feels pretty good, and Nyxon tells her that it’s time for the final step.

Carmen is laid down onto the floor & placed in a crossed ankle hogtie. A harness ballgag is placed on her head & a rope connects the top of the gag to her ankles. Carmen is angry, and curses through her ballgag as she struggles. Nyxon laughs & tells her that the audition is actually for Nyxon’s Bondage Files & that she’ll have a long, lustrous career as a bondage model.