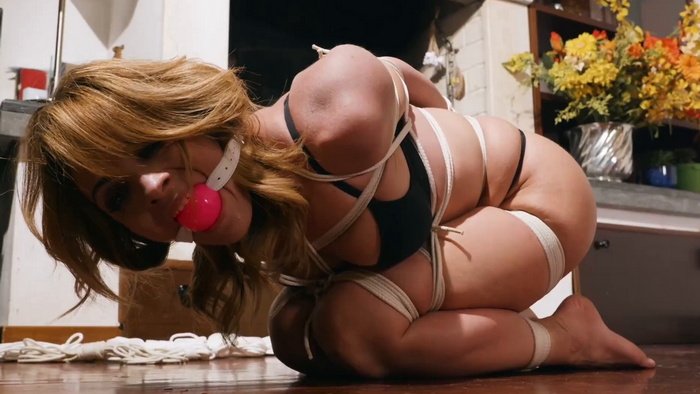 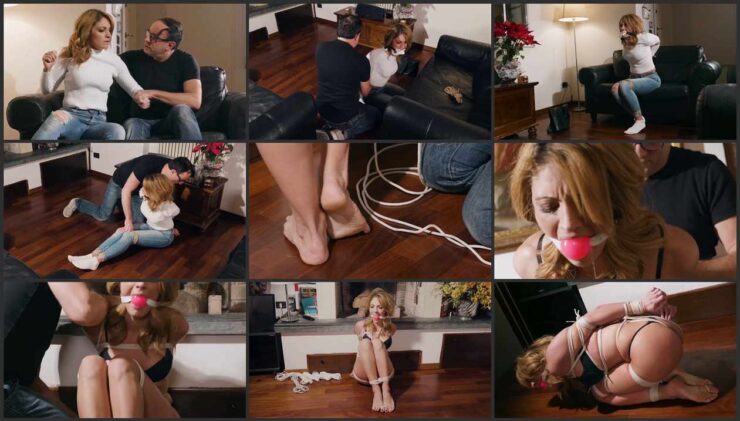 Alba had bought the perfect home she thought. It was smart, sitting on a great location and it had a great price that was too good to turn down. However there was a reason for the good price: the previous owner was a criminal who had been taken down by the cops and sent to jail – and he’d swore revenge when he got out. Alba didn’t know about him and the story of the house and was just coming home when her phone rang. It was an officer. He told her to watch out as the previous owner had been released from jail. Alba thanked the officer for the warning, but she said she was sure she was safe, and why would he come there and revenge on her anyway. She entered the house and went to her living room. Entering the room she walked to the window to look out on the nice view from her home. She was relaxing taking in the view when suddenly out of nowhere a person came out and grabbed her from behind threatening her to cooperate. Who are you? What are you doing here? And what are you going to do to me? She asked. I lived here before the cops took me away to jail. That’s why it was so cheap, since the other buyers were afraid I’d come back. So now I’m back – but you’d surely go straight to the cops if I let you go, so I’ll have to make sure that will not happens (grinning at his own pun) and make sure you won’t try anything. No please she tried, but he took out some ropes from his bag telling her this is how he planned to have her full attention. He tied her wrists behind her and tied a tight chest harness too. then removed her boots and tied her legs at her ankles and above the knees. He took a big piece of cloth and stuffed in her mouth and took another which he used as a cleavegag holding the first cloth in. Then he sat her in the couch. Stay there! And don’t try anything he said. After she lost him out of sight she stood up on her socked feet jumped towards something sharp to break her bonds. Too bad there was nothing in her sight but she keeps trying grunting and sobbing int her gag….oh there is the phone in reach in the end she could call the police! The phone was impossible to reach with her hands but maybe with her feet she can get it to the floor…