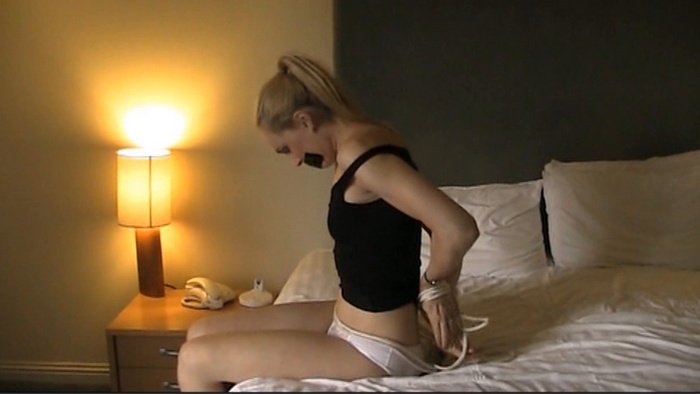 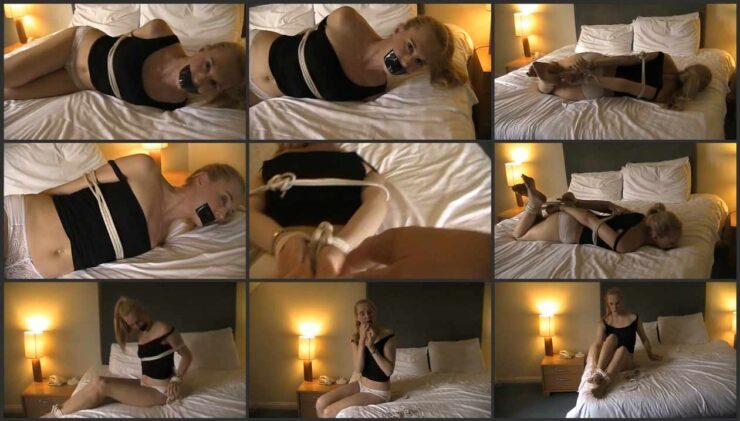 Well just when Ariel thought it could not get any worse Steve has her hogtied on the bed.
Lying in her white panties with the rope tied around her chest and hands and ankles tied tightly she struggles against the rope trying to get free.
She is still trying to talk through the gag and just keeps trying to get the words out but alas the Ducktape has done its job.
But it’s not easy to behave when you have this tall magnificent woman rolling around in front of you so Steve pulls down her shoulder straps and is very content to see if her boobs become available.
She has the most beautiful bum and once he is close enough he gives her a little spank and she really doesn’t like it as you can hear by the gag talk.
Just when she thought it could not get any worse he starts to tickle her feet and again she complains into her tape gag but nothing she can do will stop him.
He decides to leave her on her own for a while but that was silly as she manages to undo the rope of the hogtie and starts to fiddle with the ropes trying to free herself.
After a while, she manages to escape all the rope and she is happy her new wristwatch didn’t break during her ordeal and she will never babysit for Steve again as she knows she will just be tied up all over again.