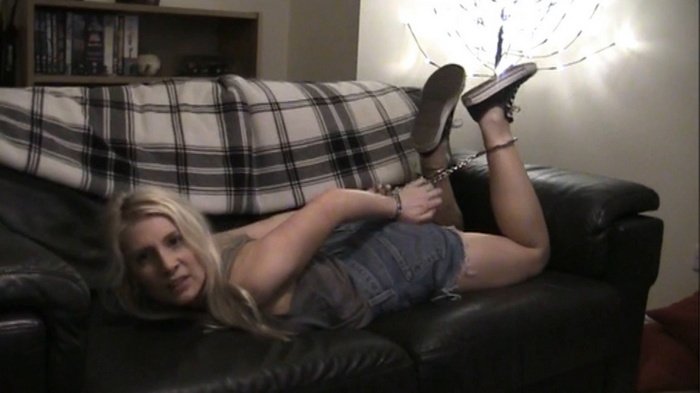 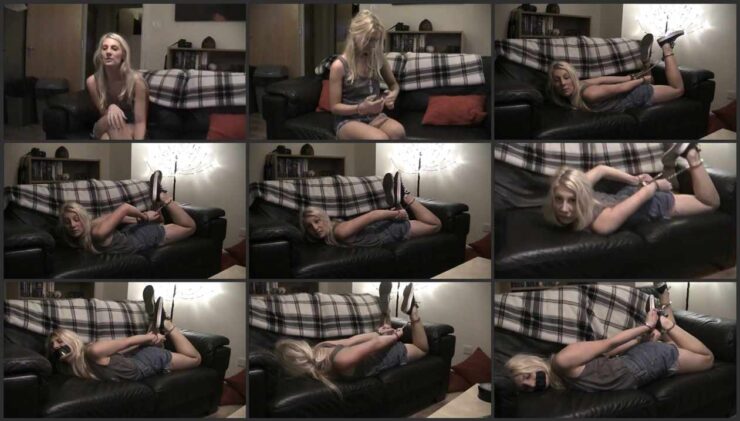 Flick has arrived for her Babysitting job, she looks just gorgeous in her Red Dress and she meets Billy who seems Rather Familiar . She Recollects a similar boy a couple of years ago who she looked after but he Tied her up and Gagged her when Playing a Captured girl in a game. she agrees to play cops and robbers with him which means she gets tied up again .She Says ” Tie Me Up so Start with my Hands ” offering her wrists to be tied in front of her. But this little guy is sneaky we rejoin the action and he has tied her hands behind her back . He then ties her ankles together and also her knees But she is becoming Suspicious of the Little Guys skill with rope tying when he wraps the ropes around her body and Blindfolds her she realizes it IS Billy ! he runs off leaving her struggling but comes back and takes off the blindfold but decides its better to tie between her teeth to cleave gag her . our stunning Canadian babe struggles like crazy and manages to get free, But we have another problem Billy’s step-dad comes back to a very pissed off girl who complains about being tied up, But Guess who Gave him the Idea ! and have we ever seen Billy’s Step-Mother ? Dad likes to tie up billy’s Mum and She is Kinda Tied Up at the Moment !!