Bex White in a Carrara belt – Casting by Natalia Forrest

Not sure if Natalia Forrest is the right person to do Castings for me in the UK, she kind of scares the models when she says things like: ‘you are going to wear this belt forever’ and ‘you will never be able to have sex again’. Hahah, I just love Natalia!
Today, she has her friend and experienced model Bex White over for a fun afternoon in a Carrara belt. Bex has done a lot of things, but this is her actual first time in a chastity belt! Natalia made it sure it was tight and locked before interviewing Bex about her feelings with questions like ‘how many days do you think you can cope? a week?’. Fortunately, Bex is not easily scared, she is already thinking about coming over to Holland for an Chastity Deal, so she knows she has to get used to the belt and the Casting is a perfect opportunity. She even thinks she can do two weeks (after she had been locked in it for about 5 minutes)! Natalia had to laugh and really urged Bex to wait until the end of the Casting to decide about a Chastity Deal. A Deal in Holland is contracted, and if you sign for 2 weeks but give up after 10 days you will get no money at all. So it’s better to go for a Deal that you can actually manage.
Natalia continued to make things worse by saying the belt does not come off for the entire Deal, peeing through the belt (showering afterwards) and pushing the back wire to the side for other toilet business. Bex frowned and was clearly reconsidering her enthusiasm. Natalia also pointed out that she would have to sleep in the belt, and Bex tried lying down in all positions to see if she would manage. It looks like Bex is very positive (and she loves the shiny belt), so I might invite her over for a Deal. She looks amazing in a Carrara, that’s for sure! And if Natalia didn’t scare her off yet, I am sure she will stay optimistic for a Deal with some added Challenges in Holland! 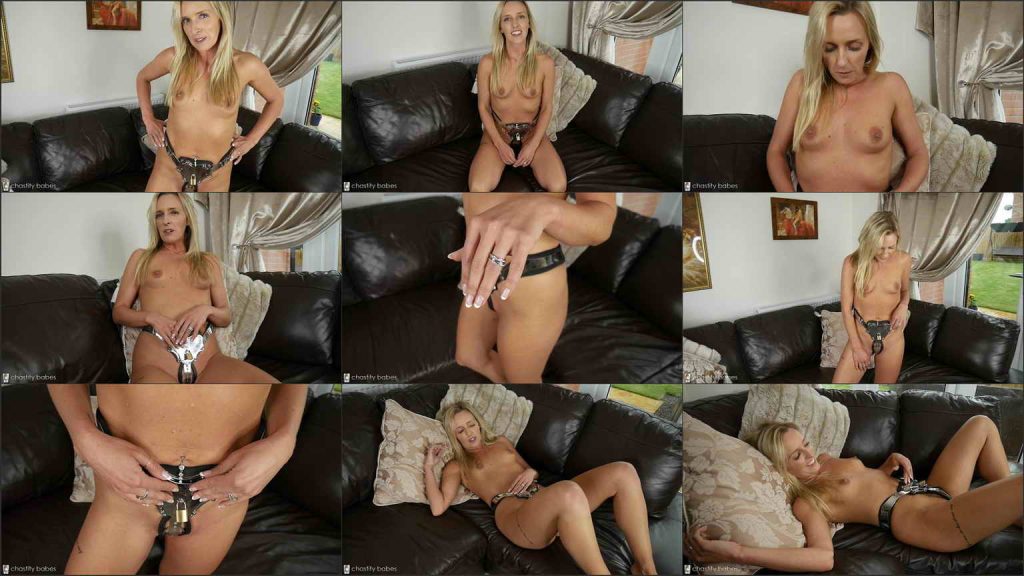 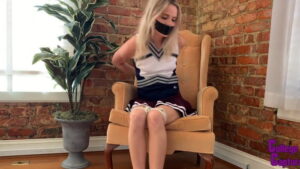 Cheerleader Kody tied up on a chair with a taped mouth 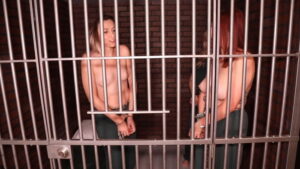 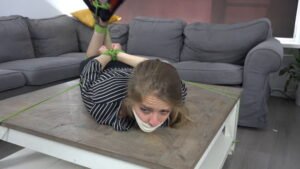 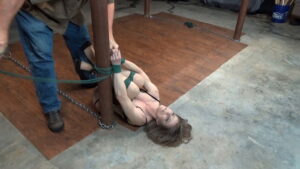 Sexy little Claire is tied up for a superb view 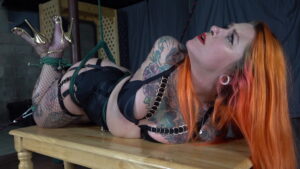 Sexy Quinn is tied on the table in Ivan’s basement 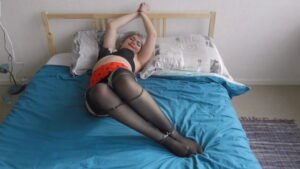 College girl is zip tied to the bed gagged