Aubrey is dressed in a catsuit , tied up with tape and cheerfully takes a few gags

Gag 1 Now that her captor has had his fun and turned the feisty catburglar in a helpless kitty he decides to put her through some more gags while he has her captured. He stuffs her mouth with a big blue sponge and wraps around 2″ Microfoam Tape as a cleave gag. Aubrey already tired of being captured for so long is frustrated and starts going crazy and MMMMMPPPHHSS. Her gag talk is very loud and she tries to work the sponge out of her mouth but there is no way she can get it through the tight cleave gag.

Gag 2 Aubrey’s tight cleave gag is removed and she has to keep the dirty wet blue sponge inside her mouth. There is 3″Microfoam Tape wrapped around as a tight wrap around tape gag. Aubrey now fully muffled tries to gag talk but you can’t hear a word from what she is saying it all sounds like MMMMMPPPPHHHH. She tries to work her gag and bondage off but there is no is no chance of getting it off..

Gag 3 Aubrey Get’s a blue OTN gag added to the already very effective wrap around gag. It doesn’t work more “effective” but it sure does look nice on this sexy captured catburglar. Aubrey tired of all the gag talking and struggling gives it one last try but there is no way somebody will hear her muffled gag talk and begs to let her go out of this “sticky” situation. The only thing she can do now is lay down and hope somebody will find her. 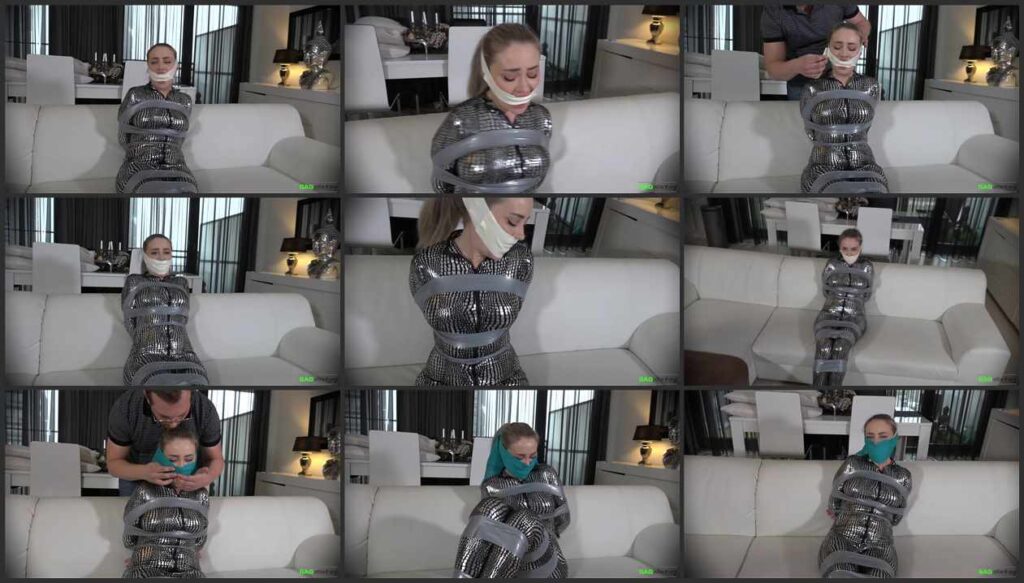 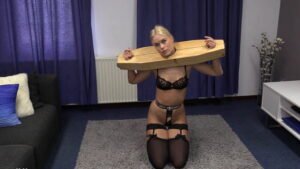 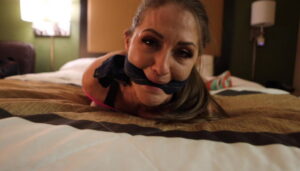 Terra after workout in a snug hogtie 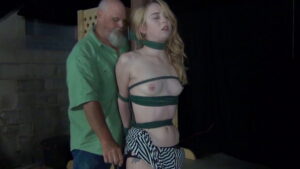 Hot little Macy, pole and rope around her neck part 2 Part of the ChastityBabes Deal 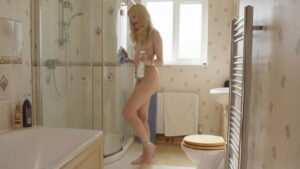 Rattling chains and song during cleaning with Ariel Anderssen 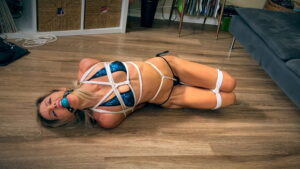 Lora asked very strongly to tie her up 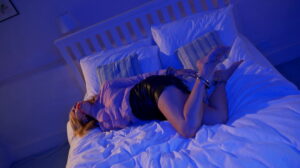 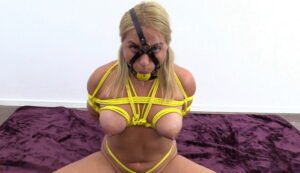