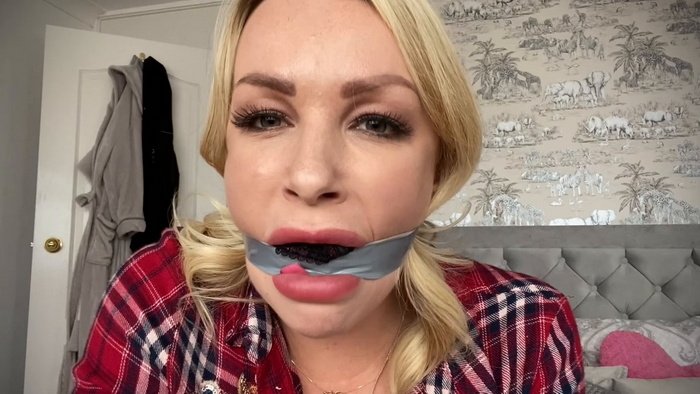 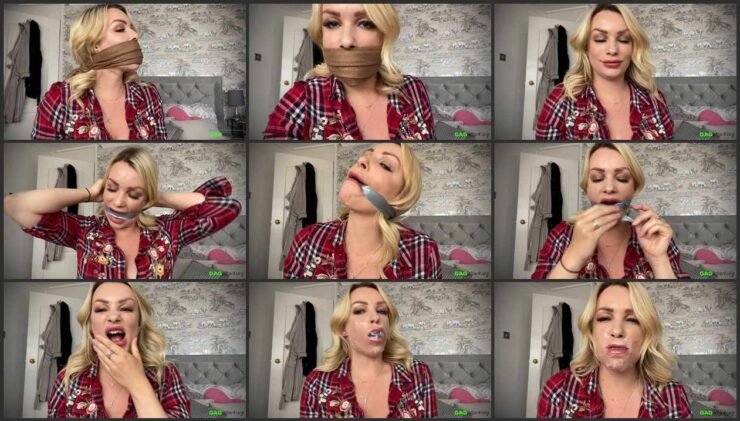 Gag 1
Penny is doing a gag show specially for you. She stuffs in a big purple panty and covers her mouth with a scarf OTM gag. Now that her mouth is gagged tight and secure she can start gag talking lots for you. While doing this she shows off all sides of her gagged face. Expect loads of gag talking from her. When she is done she takes off the scarf and spits out the wet panty.
Gag 2
For this gag Penny is going to use very thin silver PVC tape. She starts by stuffing a black with pink panty inside of her mouth and wraps around the thin silver PVC tape super tight. So tight that her cheeks are pulled back and the stuffed panty is going in deep as well. She gag talks a lot while trying to push out the panty.. This isn’t working out at all. She gag talks a lot while trying to get the panty out. When she is done gag talking for you she pulls of the tape and spits the wet panty out.
Gag 3
For this gag Penny decided to go for clear medical tape. She first puts in a BIG black and white panty so big that she can’t even close her mouth after that she puts on one layer of the clear medical tape. When the gag is fully applied she gag talks a lot and tries to work the gag out. After a while she even gets angry by the fact that the gag isn’t coming off. When she has gag talked enough for you she pulls of the very sticky tape and spits out the BIG panty.

home / General / 3 self gag video in one. Gag show with Penny Lee specially for you