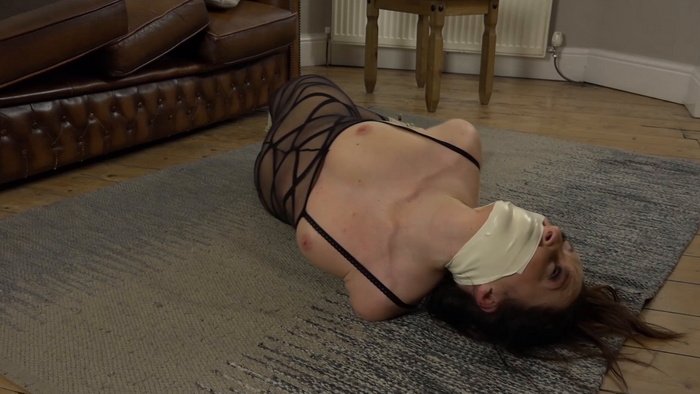 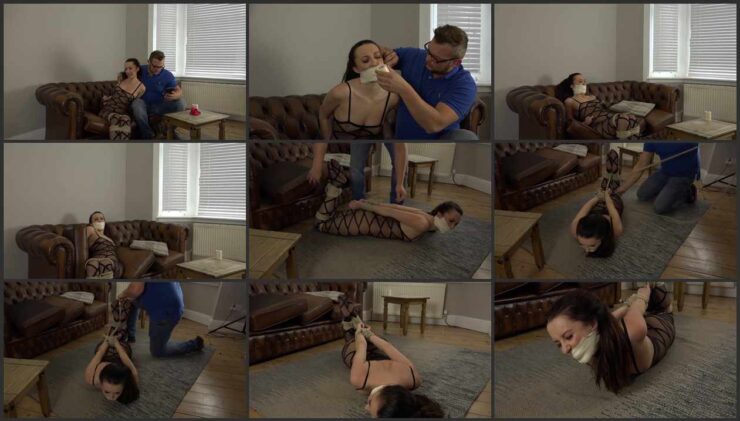 Sophia is just sitting on the sofa in a very sexy body stocking when suddenly somebody knocks her door..
It is Jeff he wants the money back he loaned her a while ago. Sophia doesn’t have any money at the moment and asks Jeff for a deferment of payment. Jeff doesn’t agree and he grabs her.
Jeff tied Sophia tightly and asks who is going to pay the loan. Sophia gives Jeff the numer of her boyfriend.
Jeff decides to gag her before calling her boyfriend. He stuffs her mouth with a pair of panties and a wrap around microfoam tape gag.
Now that he has her nice and quiet he calls her boyfriend in the hallway. Sophia is struggling to get free but the ropes are too tight to get out.
After the phonecall with Sophie her boyfriend Jeff decides to put her in a hogtie to make sure she won’t escape and call the police.
He makes sure all the ropes are tight and secure and leaves Sophie fully hogtied on the floor.
Sophia struggles hard, but with the ropes so tight and secure she doesn’t have a real chance.