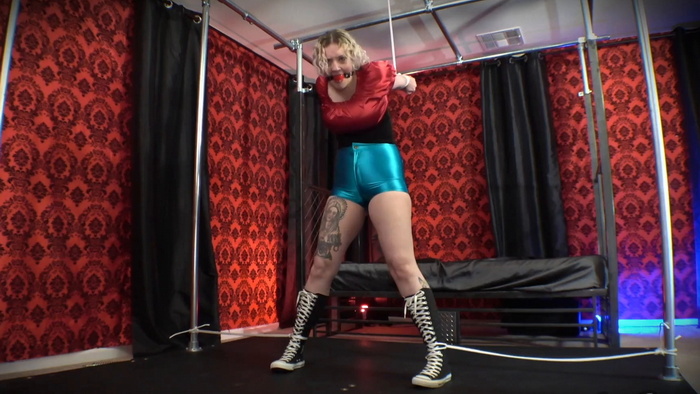 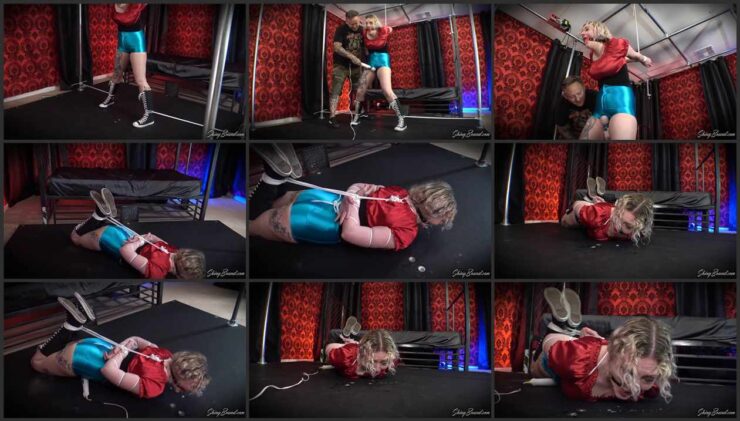 Sexy Arielle Aquinas feeling rather confident on her poker hand, agrees to an afternoon in bondage if she loses.. “How is that even possible?!” she exclaims when he shows her his winning hand. He smiles and leads her upstairs where he ties her up in a spread strappado and ballgags her.